I’ve noticed a common problem across a range of buildings due to the idea that all PID controls behave the same.  The result of this misconception rears its ugly head in poor tuning and poor implementation of PIDs that can cause your HVAC system to perform poorly for years.  The PID is a great means to realize your design intent, if you know how to properly spell out for your controls contractor what it is you’re looking for.   But before that, let’s get the basics down first - What is a PID?

If You Don't Know, Now You Know

*A PID is the industry term that commonly refers to the algorithm that automatically adjusts an output for the purpose of maintaining a condition.  It is an initialism that stands for “Proportional Integral Derivative.”  Usually in our industry, PIDs are used to maintain a temperature or a pressure in some medium (e.g., space temperature, hot water temperature, building pressure).  It’s essentially the same algorithm that cruise control uses in your car.  It always involves a feedback variable (in the case of cruise control, the actual speed of your car), a set point (how fast you want your car to go), and generates an output (the percentage change in throttle position).  Because of the way the math works out, there are some other parameters to the algorithm called tuning parameters that are used to adjust the reaction characteristics of the algorithm.  The textbook formula[1] for PID is as follows:

It is a very elegant piece of math and there are lots of online resources on how to understand its components.

When improper tuning occurs, the reaction time and reaction amount of a PID’s output are affected.  These outputs drive valves, dampers, and pump speeds.  Typically HVAC systems are designed to run in a “steady-state” condition, which means nothing should be changing very quickly. If you notice that it takes a long time for your system to meet set point (or for your building to get comfortable), it might be a red flag that you have improperly tuned loops (tuned too slow).  This “sustained error” is when your feedback variable never reaches set point.  It is indicative of a poorly tuned (or nonexistent) integral component.  This is less common, but does occur when construction projects have tight budgets, and short build times (rushed construction projects). 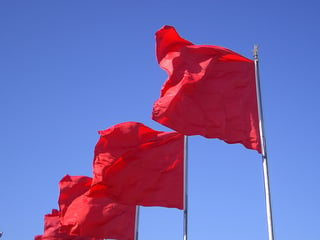 More frequently we see the red flag being that someone notices a pump’s speed or a valve’s position changes a large amount in a short period of time.  That overreaction usually is a red flag that the proportional component has small gain or the integral component has a large gain.  These overreactions can sometimes be called hunting, and they expend large amounts of energy over short periods of time (which has an additive energy impact over long periods of time). Thus, the equipment never achieves the steady-state condition which can result in poor comfort and poor performance.  Well-tuned HVAC systems find their “sweet-spot” and stay there unless there are drastic changes in the building’s loads.

What does this mean for me? I just design these things; it’s up to the controls guy to tune it out!

When I read specifications, they come in various levels of detail.  Because the math for each HVAC control product’s PID algorithm is different, there should be some clarifications from design engineers on this turning (and usually there isn’t).  These clarifications should be based on equipment capability and capacity. 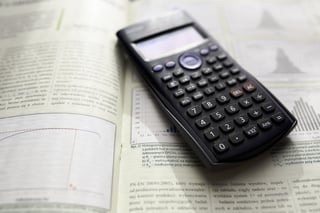 Those that understand PID math know that the proportional component reacts solely (and linearly) based on how far away from set point you are (called “error”).  The limits of this error should be specified up front, and adjusted after construction to reflect as-built conditions.   These limits are generally called “throttling range,” or how much input change is required to cause the output to change from its minimum value to its maximum value (e.g. 0 to 100 percent).  Some controls products calculate proportional gain from throttling range since throttling range is the inverse of proportional gain. The important thing is that a good controls programmer can calculate their tuning parameters given this requirement.  As a design engineer, you should specify for the controls programmer how far away from setpoint a particular controlled variable should be allowed to stray.

The integral component is commonly the mathematical part of the equation poorly understood.  However, the integral component is the main factor that affects a system’s ability to maintain steady-state operation.  It is the feathering of the gas pedal in response to a small hill.  As the hill continues over time, the reaction increases cumulatively (keeps pressing more and more on the throttle) until you reach setpoint.  So as a design engineer it is helpful to specify how much time you expect the system will take to recover based on a change in the conditions under control.  This information will assist in the tuning of the integral component for a particular controls product for a particular controls programmer by bounding acceptable recovery and reaction time to an expected system change.

The derivative component is an attempt to predict the future error based on the rate of past error.  Most of the time in BAS controls the derivative component is never implemented because it creates more problems than it solves.  Nobody has really figured out a good way to predict the future state of a system… yet (I have ideas on this, by the way).

In a specification, evaluate your selected hardware and how you’ve sized everything.  Then provide some suggested starting values to inform the tuning of the system.  The verbiage should be something like “The system shall be considered tuned if setpoint is achieved within X degrees above/below setpoint within Y amount of time.  There shall not be overshoot over any time range greater than time Z.”  These parameters are great starting points, and should be allowed to be adjusted for the as-built system conditions.

For a further explantion of PID math, check out this great YouTube video, "PID Math Demystified."

And for more information on how to avoid common pitfalls of building system control graphics, check out this blog post from our senior engineer Ben Fowler.

The False Tradeoff between Energy Efficiency and Building Performance