In Part 1 of this blog post series, I discussed the process and reasoning behind why it is important to do functional performance testing (FPT) on your building HVAC system. I also provided examples of issues that can arise during this testing, which are typically easily fixed via the DDC (direct digital control) system programming but would have slipped under the radar otherwise. Another reason this testing is performed is to find opportunities for energy savings. Part of our role as energy specialists is to understand how to tailor HVAC systems to provide the same performance while lowering the energy involved to make it work, ultimately allowing your system equipment and components to have a longer life span.

Typically, an energy efficient HVAC system for the building type and equipment has already been incorporated into the design of a building. However, incorrect DDC programming or equipment issues can negate the energy savings intended to come from efficiency components such as occupancy sensors, CO­­2 sensors and equipment run time controls. 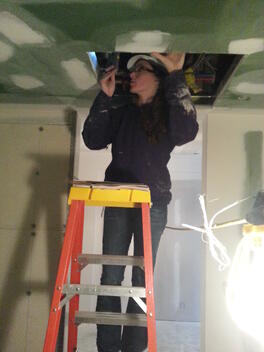 Many of the energy saving opportunities arise just from fixing issues with the programming of the system. Here are a couple examples found during the functional performance testing of a new office building:

Another area of FPT that can contribute to energy savings are the many different adjustable parameters that are chosen early in the design process and programmed into the various HVAC systems (boilers, cooling towers, chillers, etc.). Most of these parameters are set in stone (e.g., occupancy schedule) because of how the building is used. However, parameters such as air and water temperature set points and equipment run time can be adjusted. There are energy savings attributable to a lower set point. We normally investigate if set points can be changed to a less conservative value, without sacrificing comfort and system performance. We also look at whether or not a piece of equipment needs to be running as often as it does. For example, we test that a boiler pump only turns on when there’s a call for heating. You would be surprised as to how often equipment is running when it doesn’t need to be.

By performing functional tests on your HVAC equipment, energy savings that were assumed to be realized, as well as additional opportunities elsewhere, can be verified. For building owners, it’s reassuring to know that your HVAC system is performing to give you the energy savings you expected to have (and want!).