I recently had the privilege to travel to Colombia with Engineers Without Borders to assess the needs and resources for an irrigation project for family farms.  Colombia is very well suited for coffee and sugar cane, but the dry season is too harsh for more sensitive plants like basil, lettuce, spinach, and peppers.  For this, farmers need drip irrigation, water catchment, water reservoir, and water diversion.  Our group’s goal is to develop an affordable, sustainable, and replicable design as a pilot project for ten farmers in central Colombia.  We are working with Food 4 Farmers, an international non-governmental organization (NGO), Nueva Realidad, a Bogota based NGO, and Nuevo Futuro, the local coffee cooperative.  We knew what our goal was before we started, but we had no idea what to expect from the trip.  Here are our impressions of the country with which our team returned.

First and foremost, the country is totally beautiful and well worth a visit for any reason.  The people were gracious and friendly, and the food was delicious (and I’m a fairly picky eater). 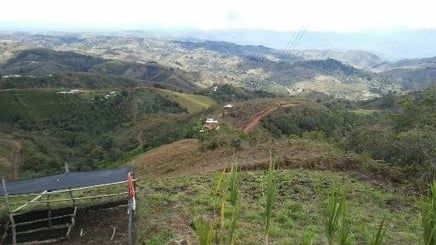 I have, of course, seen the Juan Valdez symbol of the Colombian coffee, but I thought it was a marketing gimmick.  The President of the Federation of Coffee Growers explained to us that this symbol is very important to Colombia and to the local coffee growers.  It really represents the mountains (their source of coffee), their people (the farmers), and their heritage (the donkey and the clothes) – of which they are very proud.  He explained this symbol is the icon for where they place their priorities and how they developed their five-part mission statement.  The mission statement focuses on the quality of the coffee, protecting the environment so that the

country and its people remain healthy, and improving the quality of life for the farmers.  This is exemplified by the fact that they are moving toward all organic farming, they provide healthcare for their farmers, and they invest $0.06 of every dollar earned through their sales to build schools, hospitals, electricity infrastructure, roads, and other community essentials.  During our visit to the backcountry, the farmers explained that the Federation has indeed provided a dependable electric distribution and transmission grid and has help fund their local school.  Apparently, the federal government is not doing a good job supporting the infrastructure in the rural areas which is why we met with the Federation of Coffee Growers and the NGOs.  These types of organizations are organizing and financing projects in rural areas which really impact the local people’s quality of life. For this reason, I strongly urge you to keep buying Fair Trade Colombian coffee!

Peace – Waking Up from History

It was heart-warming to be in Colombia at this particular time in history.  When we were there in November, it was approximately 5 months after the official end to the civil war.  In June 2017, the FARC signed a peace treaty with the government, gave up their weapons, went through a repatriation process, and became integrated into the society.  They are now interested in working through political avenues to bring attention to their causes. We spent a few days in Popayan, the local headquarters of the FARC, and then drove through the countryside where they were very active in the past.  This, naturally, led to discussions with the locals about how things 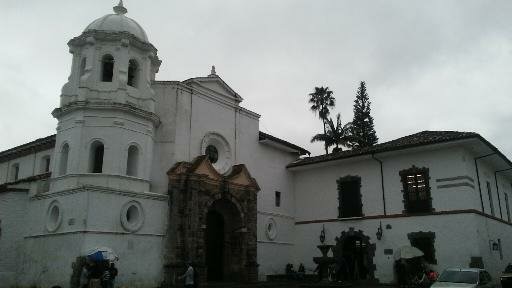 continue to change.  Our translator’s family lives in Popayan and were gracious to spend the evening with us showing us the beautiful city and the delicious local dishes.  What was also interesting to me was the number of times they noted that “this place is new” as we walked through the city. Apparently, the city was emptied of legitimate businesses over the course of the civil war while the FARC and the drug cartels conducted business in the city.  That was not noticeable to us, as there were plenty of cafés and shops at this time.  On our way out of the city we also went through a checkpoint and wandered the mountains of the countryside, all things we apparently could not have done safely a year ago. In our meeting with the Federation of Coffee Grower’s president, he emotionally stated that he recently sat at the same large conference table at which we were holding our meeting with the leaders of the FARC to discuss the future of Colombia. He himself stated that it was only a matter of months prior to this that the two sides were shooting at each other.  It was palatable how the country is “waking up from history”.

Now, our group has to return the honor by developing a desirable design for their irrigation issue. We intend to do this justice!