Bill Gates’ Environmental Math and Getting to Zero CO2

I love simple concepts formulated using basic math.  And even though I love all mathematics, I’ll be the first to admit that my math skills could always be stronger, so I am always trying to learn. I guess that’s why the basic formulas for really complicated concepts really resonate with my inner nerd.  The Drake equation as a model for explaining the Fermi paradox is a wonderful example of these.  Recently Bill Gates released a short speculation on YouTube regarding energy and CO2.  This too really resonated with me as it’s an area where I see our industry really affecting change.

In this video Bill Gates gives his speculation that there will be a massive innovation in energy consumption and energy production. Since this video is only two minutes long, go ahead and watch it now.

He proposes a very simple argument using this formula:

P = Number of People in the world

Gates’ Equation and the Grocery Store

This PSEC formula is pretty straight forward and as Gates explains, both The P and S components are going to rise no matter what.  Humans are pushing toward our next evolutionary step of becoming a fully technology-dependent species.  As an example, how many of you reading this right now could easily survive having your power off for a week without being able to buy groceries at a grocery store?  Think you can do that? Call my bluff by turning off all the breakers in your house or apartment for one week, and trying to live off of your garden (if you can). 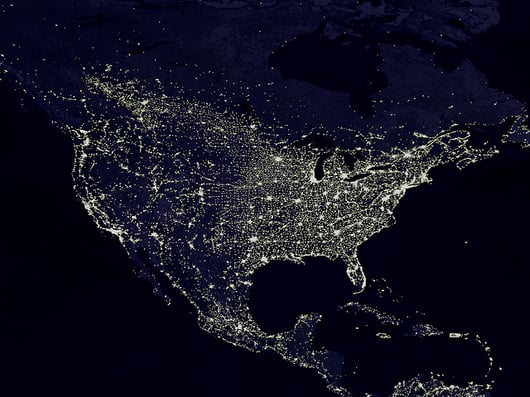 We depend on technology and the services it provides our civilization to survive.  It’s amazing and unsettling to think about it, but grocery stores are key to most Americans’ survival.  When my grandmother was growing up here in Vermont during the First and then Second World Wars, that was actually not the case.  Her family and community created most of the food they consumed and were not dependent on grocery stores.  So this is a relatively new dependency in our culture that we should all be aware of for several good reasons.

The grocery store is a great example of how a service consumes energy.  Refrigeration is rampant in grocery stores both in the front of the store with all the freezers and coolers, and in the back of the store for storage.  Think about the amount of energy it takes to run that refrigeration 24/7/365 in order for our food to stay frozen and fresh while it waits to be purchased.  Then think about the amount of energy used to keep it refrigerated from harvest, the packaging process, and then shipping to the grocery store.  Bet you never thought of your apple as having a carbon footprint, did you? 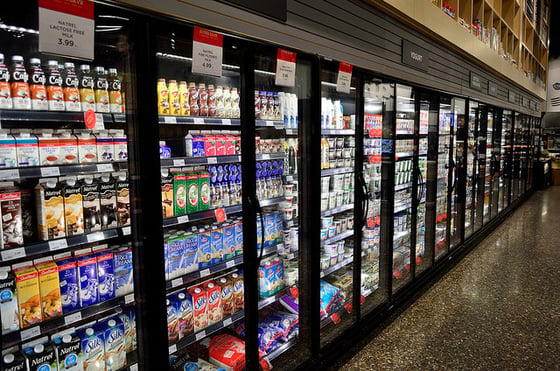 So far the HVAC industry falls in the E component of this equation and every day we work towards reducing the E. I spend a lot of my mental energy on a daily basis stewing on how I can shrink that E component.  With technology growing inherently more energy efficient by design we are naturally shrinking the E.  We can also identify opportunities to retrofit our existing infrastructure with more efficient technologies to shrink E.  One example, sticking with grocery stores, is using the waste heat from the refrigeration systems to heat the grocery stores in the winter time.  This, in my opinion, should be a federal requirement.  Another problem to tackle is how we can store waste heat for use elsewhere.  I spend a lot of time thinking that someone might create a Peltier device will help us convert waste heat to put power back on the grid. Shrinking E is essential, but is not the most important part of Gates’ equation.

Watching Bill Gates explain this concept using this formula, I noticed something rather obvious, but powerful.  The C component needs to be a zero. It must become zero, and fast.  If the C is a zero, then the result of the equation - total global CO2 production - becomes a zero as well due to its multiplicative form.  We should all strive to push our local and federal governments towards zero C however we can.  We should encourage zero C technology, from power generation (wind and solar), to end users (Zero Net Energy buildings) - and jump on it at every opportunity. Much more work needs to be done, but it’s amazing and encouraging how that one variable can zero out the whole equation.