The Wonderful World of Compost

I had never heard of composting as a general practice, until I went to school in Vermont. UVM is one of those places where every trash can is accompanied with a compost and recycling bin (at least when inside near a dining area). When I moved to Boston for a few years after school, I was appalled at the lack of compost availability – what was this madness?!?! Luckily, upon my move back to Burlington, setting up an at home compost was a cinch – just fill up a bucket and drop it off at the waste center every other week for free. While Burlington does a fairly good job of encouraging composting, I just returned from a trip to Seattle where they do curbside compost pick up, and every restaurant I visited had a compost bin…STEP IT UP, EAST COAST! 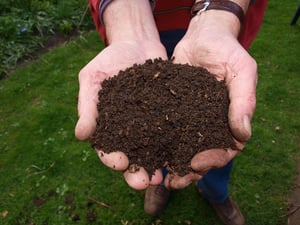 I majored in microbiology, so the mechanism of how composting works has always fascinated me. It’s essentially a version of “natural” decomposition, sped up by concentrating biomass in one place and ensuring the constant presence of oxygen, usually by turning the compost so that it doesn’t sit still for too long. This is a huge difference from putting biodegradable garbage in a landfill – there isn’t oxygen in lower layers as garbage get piled higher and higher, so it takes much, much longer for the garbage to degrade. Plus, landfills are a huge source of emissions that composting helps to avoid by using aerobic bacteria for decomposition rather than anaerobic bacteria. A landfill also doesn’t result in a useful product (unless you count New York City or San Francisco, which are both partially built on landfills), whereas composting leads to highly fertile soil that can be used for gardening and farming.

We’ve all heard of outhouses, heck many of us have used one at one point or another (shout-out to not having to use trees when camping). While it makes logical sense that what you put into an outhouse toilet gets broken down by bacteria, “luxury” composting toilets take this to a whole new level. They include multiple chambers that stay at the optimal temperature, moisture, and microorganism concentration to promote successful composting of waste. Unlike a standard pit latrine, leading to the levels of (excuse my pun) crap that comes to mind when thinking of middle ages Europe, a composting toilet results in a dry, odorless material that can be used as fertilizer or soil. If you’re interested in the specifics of how composting toilets work, check them out on Wikipedia or LetsGoGreen.com. Or, feel free to skip all of that….you can buy a composting toilet on Amazon!

When I was in high school, we read a book called Stiff by Mary Roach, which was about all of the different ways that a body donated to science can be used. One of the chapters focused on composting a person’s body after they die, and a company somewhere in Scandanavia (I can’t remember which country specifically) that would complete this process and grow a tree out of the resulting fertile soil. I was hooked. Ever since I read that chapter, I’ve reminded my loved ones every year or so that when I die, I’d really like to be composted and have a tree grown out of me – what better way to reduce one’s post-death carbon footprint? And, hello, having a tree grow out of you sounds pretty cool.

So recently, I was ecstatic to hear that Washington state became the first U.S. state to legalize composting of human bodies. There are multiple companies that have entered the market to provide this service, including Capsula Mundi and Recompose. Capsula Mundi fills a 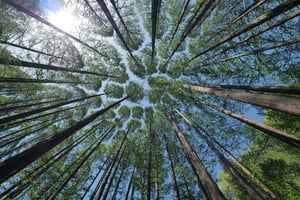 biodegradeable pod with a person’s remains and plant seeds and then buries it, while Recompose’s process follows a more standard compost cycle resulting in development of fertile, useable soil. As folks become more concerned with their carbon impacts, interest in green burials (not necessarily going the compost route) have grown enough to lead to the creation of the Green Burial Council, which provides education and certification to funeral services providers on options for green burials. Though it may take a while for these types of end of life services to catch on, imagine a world where instead of graveyards, we have a forest of memories of loved ones. At least to me, that’s a pretty lovely thought.

As a person who came of age in Vermont, beer has been a big part of my life ever since. There are so many fantastic breweries in Vermont – gotta catch ‘em all!

However, unless you’re committed to buying beer only in refillable containers (which, kudos to you if that’s the case, but I have difficulty getting through a whole growler or squealer before it gets flat), a recycling bin full of cans and bottles can seem a bit overwhelming and disheartening.

Sure, recycling is a great place to start, but there is a limit to how many times materials can be recycled. Also, as countries that have historically taken and processed U.S. recycling for cheap become fewer and far between, the amount of “recycling” that ends up in landfills is increasing. A solution (at least in my beer loving household) is the introduction of biodegradeable beer bottles.

Carlsburg beer, based in Copenhagen, was the first large scale brewery to release plans for biodegradable (and therefore likely compostable in an industrial compost facility) beer bottles in 2015. Since then, other companies have sprung up that are experimenting with the ideas of flax, hemp, or wood-based bottles that, if successful, could greatly cut down on the number of drink bottles and cans currently filling recycling centers. Though these may not yet be options in the U.S., the industry is hopefully heading in that direction, especially as compostable plastics take off and more breweries are switching to compostable six-pack rings.

Moral of the Story is…Composting is Cool.

If you have questions about home composting or the availability of commercial composting in your area, there a ton of online resources.

For Home Composting, these resources go quite in depth:

To find a commercial composting facility near you, try a quick google search!

Or, if you're interested in some in-person training, check out the 2019 Master Composter Course offered through UVM!