The United Federation of Energy Transition

In 2011, a study, co-authored by an engineering professor from Stanford and a transportation research scientist from UC-Davis, found that we could halt global warming, save millions of lives, reduce air and water pollution, and develop secure, reliable energy sources in 20-40 years. Nearly all of this could be done with existing technology and at costs comparable with what we spend on energy today.

Let that sink in…. we could do that.

This study isn’t the only encouraging news out there. I’ve read Richard Heinberg along with other authors who talk about decline, and while a change in lifestyle is a part of the puzzle, I’m

not convinced their dystopian vision of the future is fully correct. Other studies say, with the right policies in place, energy transition can be done in a manner that isn’t draconian. For example, to quote Deep Decarbonization Pathways Project’s 2015 report: “The principal impact of deep decarbonization on the energy economy is not an overall increase in spending, but a fundamental shift in the direction of that spending. Instead of consumers and businesses continuing to expend vast sums on refined fossil fuels at the pump, spending is directed toward investment in low-carbon technologies on both the supply and demand sides of the energy system.” In other words, spending money on decarbonization will not bankrupt our country. It will, however, change its direction.

So why aren’t we doing that on a massive scale? If you’ve been paying attention to the climate crisis, there’s a good chance you understand that it’s a matter of political will. And nationally, the political stage in the U.S. is pretty bleak when it comes to addressing climate change. It seems our largest governing institutions are afraid of change. 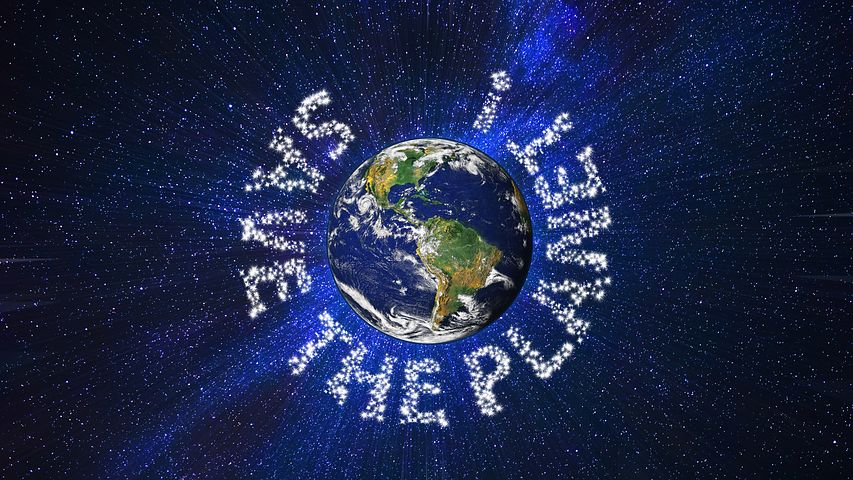 In a presentation given by Hunter Lovins at the most recent International Energy Program Evaluation Conference, she quoted Pete Seeger: “The key to the future of the world is finding the optimistic stories and letting them be known”. Where I find some optimism is on the state level. Through a cursory internet search, I discovered that a surprising number of states, most in fact, have attempted to institutionalize SOME sort of action to abate carbon emissions. These state efforts vary tremendously in their ambitiousness, sense of urgency and, hence, how effective they’ll be in decarbonizing the U.S.

Many states have solidified real greenhouse gas reduction targets into law, including California, Colorado, Connecticut, Massachusetts, Maryland, Minnesota, New Jersey, New York, North Carolina, Oregon, Vermont, and Washington (I may be missing states here, as it takes time to dig through state legislation). If you include participation in the Regional Greenhouse Gas Initiative (RGGI) - which legally commits its participants to a regional limit on greenhouse gases - you can add Delaware, Maine, New Hampshire, Pennsylvania, and Rhode Island to that list.

Other states not listed above have legislation in place to

create the likes of climate action plans and clean energy funds. While laudable, legislation like this needs real emissions targets to make a difference. Furthermore, many emissions reduction legislation is written as a legislative goal, not a mandate where the state can be sued if they don’t meet the reduction target.

In my home state of Vermont, the greenhouse gas reduction targets lean to the modest side, and despite this, we’re likely not to meet them. Vermont’s statute declares that the state has a “goal” of reducing GHG emissions by 50 percent based on 1990 levels and, “if practicable using reasonable efforts”, 75% by 2050. A 2019 report commissioned by the Vermont Legislature from Resource for the Future states that, based on current policies, emissions are only projected to be 14 percent below 2005 levels by 2028 (twice what they should be). Furthermore, emissions in Vermont have been increasing since 2011. There is language in the law that could be used by the residents of Vermont to force our government’s hand. Although the law lacks teeth in the form of an actual mandate, it may present opportunities for the public to influence the discussion through allowances for “meaningful opportunity for public comment”, particularly with respect to the statement that “all State agencies shall consider, whenever practicable, any increase or decrease in greenhouse gas emissions in their decision-making procedures”.

Some states have set ambitious renewable energy targets instead of, or along with, greenhouse gas reduction targets. Hawaii, California, New Mexico, New York, Nevada, and Washington are all aiming for 100% renewable energy in the coming decades. Vermont’s goal is to, by 2032, meet 75% of electric sales with renewable energy (in 2017 this number was 55%), 10% of sales with distributed generation (1% in 2017), and 12% of sales with "energy transformation projects" (2% in 2017). This is good, but electricity production accounts for only 11% of Vermont’s carbon emissions (transportation is the biggest at 45%). Meanwhile, a few bolder states have aimed higher, such as the big apple state; the governor passed a bill that commits New York to a net-zero economy by 2050. New York City recently made headlines for trading gas plants for the world’s largest battery storage facility. While the legislation presents as a “goal”, similar to Vermont, it seems more in line with what needs to happen to stave off the worst effects of climate change.

There are several state bills being considered around the country that set up other decarbonization strategies, such as banning the construction of new fossil fuel infrastructure (a Vermont bill that unfortunately doesn’t apply to gas stations), funding training programs to expand renewable services, piloting efforts to overcome income barriers to net zero homes, including electric vehicles in building codes and, most importantly, putting a price on carbon. It 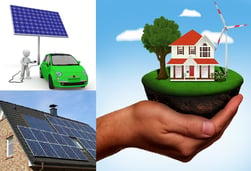 seems that Vermont is playing with the concept of the latter; the same Resources for the Future report I mention above states that the economic impact of putting a price on carbon in Vermont (excluding the avoided costs of climate catastrophes and the health benefits of a cleaner environment) is $20-$100 per person. The money raised from carbon taxes would more than offset this cost per household if it was distributed as a “carbon rebate” to everyone.

As an aside, RGGI is a valiant effort with many positive results, but it isn’t reducing carbon emissions much in and of itself. It raises money for good programs, but it imposed too small a carbon price on too few sectors of the economy to make a significant impact above what might have happened had it not existed.

Globally and nationally, renewables have never been cheaper and are growing by leaps and bounds. Coal-fired power plants, even the big ones, are closing because the economics favor renewables. I believe that state efforts have played a big role in the demand that is driving these developments. Yes, it’s true that grid management and job changeover challenges arise with the transition to renewable, distributed energy, but the engineering and urban development researchers who wrote that optimistic study reassure us that we have what it takes to overcome these obstacles. Other states are passing bold legislation and rising to meet the challenge. I would like to see our great state of Vermont rise to the urgency of the climate crisis and mandate the decarbonization of our entire economy. I would like to see the people of Vermont hold their state accountable for meeting its goals. This is not the time to falter. Since our national leaders have let the citizens down repeatedly with their lack of action, I look to our federation of states and its citizens to act. The United Federation of Energy Transition. 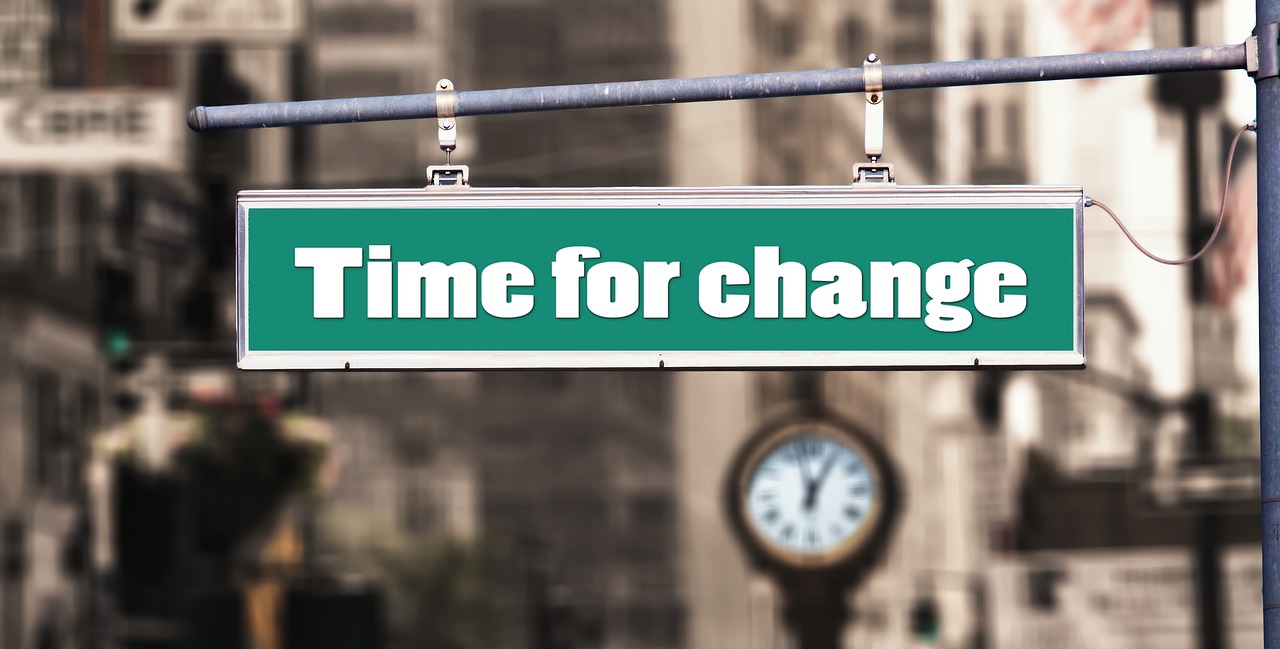 USP 800 Pharmacy HVAC Testing – The Devil is in the Details: Part 1