A while back, we ran out of freeze spray, an essential tool we use for functional testing. I was about to order some new bottles, when Matt Napolitan suggested I pick a brand with a low global warming potential (GWP). Great idea! Although I'm generally quite aware of sustainability issues, I confess I probably wouldn't have thought about this; I would have just purchased the same brand we had ran out of. So, I wanted to share this quick story about the impact that seemingly small decisions can have on greenhouse gas emissions.

Freeze spray: Why Do We Use It?

Let’s start with some background. A lot of HVAC equipment draws in outside air for ventilation purposes, and during the Winter, that air is often below of freezing. The same HVAC equipment can have heating or cooling coils with water (hot water, chilled water, steam, etc.). If everything is working right, the heat source (hot water, steam, etc.) warms up the air and everything is great! But things can go wrong. For example, the heating valve actuator could break. In this scenario, the unit could be drawing in -10F outside air. This is a problem for occupant comfort, but it could also freeze the water the in coil and burst the coil. Not good!

A freezestat adds a layer of protection from frozen coils. Freezestats are simple devices. Most have an adjustable setpoint (often set between 35F to 45F). They typically have copper capillary tubes that are installed downstream of the hot water coil. When the air passing over a section of the capillary tube drops below the setpoint, the freezestat trips. Freezestats are usually interconnected electrically with the fan, so when the freezestat trips, the fan shuts down. Most, but not all, freezestats require a manual reset for the fan to return to normal operation. 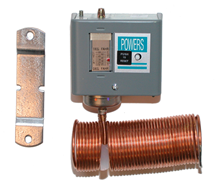 Figure 1. Freezestats like the one above are commonly found in air handling units and help reduce the risk of freezing coils.

When commissioning an air handling unit with a freezestat, we need to confirm it's operational. Typically, we do that with freeze spray. You spray the freeze spray on the capillary tube, it gets cold, the freezestat trips, and then the unit shuts down (the sequence of operation may require additional steps, like closing the outside air damper). It’s a pretty straightforward test, but an important one.

So, what is freeze spray?

Freeze spray is a refrigerant that comes in a small spray bottle. As the refrigerant leaves the bottle, the pressure drops, it expands, and the temperature drops very low.

A lot of the brands on the market appear to use R-134a, a refrigerant that's commonly used in air conditioners. But in air conditioners, a lot of care is taken to prevent the refrigerant from leaking. With freeze spray, you are intentionally releasing the refrigerant into the atmosphere when you use it. The quantities are small; a can is typically about 10 ounces (0.625 pounds). But the global warming potential (GWP) of R-134a is about 1,400, which means that it's 1,400 times more potent than carbon dioxide at trapping heat and causing climate change. So, from a greenhouse gas perspective, using that one bottle of freeze spray is equivalent to burning about 45 gallons of gasoline[1] (or driving an average passenger vehicle about 1,020 miles)!

Now to get back to re-ordering freeze spray. At Matt’s suggestion, I did some research and found a freeze spray that uses a different refrigerant, HFO-1234ze, that has a GWP of less than 1. So, when we placed our order for a 12-pack of cans (which will last our office a while), the small change resulted in a big reduction in greenhouse gases, avoiding the equivalent of over 12,000 miles of driving.

The moral of the story is that there are a lot of decisions that impact the planet. We often think about the decisions relating to driving, buildings, and power plants. But don’t forget that many other products (even in small quantities) impact climate and the environment, and just by being aware, we can often make simple decisions that are much less harmful for our people and planet.