Seeing Value in Installation Checklists for the Building Enclosure 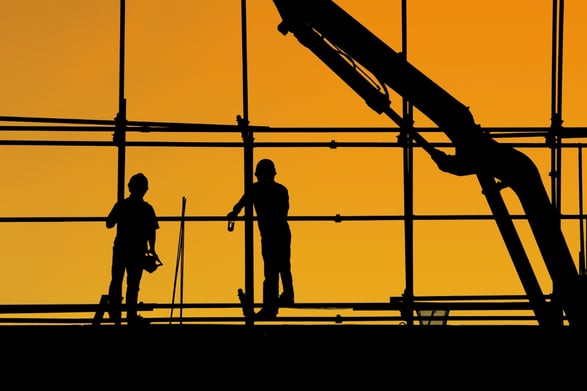 I’m excited to have recently joined the group of like-minded and down-to-earth individuals that comprise Cx Associates, and I’ve quickly learned that all of us here have a vested interest in expanding our minds and honing our craft. A huge part of that is information sharing with one another. In that vein, I’ve had opportunities to catch meaningful snapshots of the MEP commissioning process, allowing me to reflect closely on the process as I know it for the building enclosure. Lately, I’ve been asking myself, “What can be done better on the building enclosure side?” I think one of those things is employing installation checklists.

I respect that, and it’s a huge part of why I enjoy working in northern New England, but let’s face it, we all need reminders every now and again. Schedules get busy, and projects need to be delivered. Despite everyone’s best intentions, important things occasionally get dropped or missed. Material ‘A’ was supposed to wait to go on until after material ‘B’, a crew on site didn’t catch the most recent detail revision that was sent out, or a critical test or inspection was missed and now the material is covered – to name a few examples. Not to mention, overarching performance goals can be easy to lose sight of in the day-to-day craze. Installation checklists, when utilized, benefit everyone on the commissioning team and are developed to provide these kinds of critical reminders about installation to help keep the construction process running smooth and facilitate the big picture goals of the owner and of the design. As the BECx provider, I strive to be on site at the most critical enclosure milestones, but I can’t be there every day and often the pace of envelope construction and concealment can be rapid. However, the contractor and subcontractors are there every day for their scope of work. The contractor and subcontractor’s review and completion of the checklists verifies they get those critical reminders in a timely manner, and it aids the BECx process by providing the owner additional assurances that they are getting a quality product that meets their needs and the design intent of the enclosure - especially for the parts the BECx provider doesn’t get a chance to see. After all, the contractor and subcontractors are a part of the Commissioning Team!

As a collective group of builders, architects, engineers, and consultants who appreciate each other’s trust and productive processes, I think checklists often fall off the radar because we haven’t taken the time to try to tailor what was originally an MEP process to fit the building enclosure in a tasteful manner. After all, a checklist is a form of paperwork (I readily acknowledge that), and I’d argue that the level of nuance regarding physical installation requirements for building enclosure systems is far deeper and more complex than that of many MEP systems. When you could go to the ends of the earth defining each of these nuances, the idea of a checklist starts to sound like a burden rather than a valuable part of the process.

To that end, I believe that if we’re going to employ checklists then we should do so tastefully. In other words, create a development and execution strategy that provides additional reassurances for the entire team without adding an unreasonable amount of time and effort on the contractor’s part. How do we do that? I think I’ve realized the best approach involves a few things:

As Cx Associates continues to more deeply integrate enclosure services into our work, I hope to begin to make checklists more commonplace in the enclosure commissioning process in hopes that others see the value in it as well. I hope those we collaborate with often from project to project also chime in to provide constructive feedback along the way.

Six of One: GHG Trade-offs in Controls Strategies