I originally posted this in 2014. But, with Killington recently hosting a World Cup race in November, and given how much they relied on artificial snow, it seemed appropriate to bubble it back up. Snowmaking can be an extremely energy-intensive activity. With fewer solidly snowy winters, can skiing be sustainable [PDF]?

The 2014 Winter Olympics being held in Sochi, Russia are located at one of the warmest locations in the history of the games. Setting aside for now the slow creep of a warming climate, Sochi, located at the eastern shores of the Black Sea, is a humid subtropical climate with an average winter temperature of around 50F during the day and still above freezing at night. In the higher elevations in the nearby Caucasus Mountains, where the events are taking place, daytime temperatures still average above freezing during the day. So, while it is a far better location for the actual “winter” portion of the games than the palm-tree-lined streets of the city of Sochi proper, it still is not the ideal location to host the Winter Games. 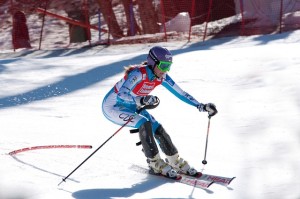 The Cost of Bringing Snow to Sochi

There is always a lot of press about the preparations for the upcoming games as part of the journalistic ramp-up to the prime event—and these games are no exception. One frequently visited subject is, in fact, the challenging climate presented by the locations of the games in Sochi. The extraordinary measures being taken to ensure adequate snow for the games are an especially interesting story line. If you haven’t seen it elsewhere, here are some highlights:

Both as an engineer and as a winter sport enthusiast, I find all of these engineering efforts to be very, very cool (no pun intended)—but I also have to question the rationale of going

through these extraordinary efforts to allow the games to be held in marginal climates. And as the warming of our climate continues, fewer and fewer locations desiring to host the games will be able to do so. On one extreme, we could just accept that localized geoengineering strategies, such as those exemplified at Sochi, will be required. In this case, perhaps we should expect the 2050 Dubai Winter Olympics! Dubai already hosts one of the largest indoor ski areas in the world -- why not consider the “Winter Olympics in the Desert”!?

One of the cornerstones of the Olympic Games tradition is the cultural exchange and “bringing the world together.” The opportunity to be a host nation is a huge honor, and the attention and world-stage aspect of this role cannot be underestimated. Hosting the games, though, is also a huge burden to the host country—in massive capital costs towards an uncertain long term facility use, in organization and planning, in security. Since a huge swath of the world already cannot host the winter games (though nearly every nation can host the summer games), why not just park the games in a location that can be reused every four years, in a climate region that will be relatively reliable for at least the next 50 years? I realize this thought is probably heresy in the sporting/Olympic community—but the environmental impacts of a reusable Olympic venue in an appropriate climate would be enormous.