Six months ago, I wrote a blog post that described the mobile applications, or “apps” that Cx Associates’ engineers have been finding useful for fieldwork or for deskside analysis support. These ranged in capability from the simple and relatively nontechnical--such as a PDF reader-- to the more technical--such as air property (psychrometric) calculator tools. In the fast evolving field of mobile applications, six months is a long time--and it’s no surprise that a bunch of new apps have appeared. This blog post supplements the last one, so if you have not read it, its worth checking out as well--the apps presented there are still extensively used by our engineers. (Please note that neither Cx Associates nor its engineers are affiliated or compensated by the app developers reviewed.)

ASHRAE recently released a new Psychrometric Chart app for the iPad that appears to be capable of replacing the long standing paper based version that every HVAC engineer has a copy of somewhere. It is only available on the iPad (not iPhone)--and is really not a quick calculator tool but more a full featured substitute for the traditional laminated paper chart. If you’re looking for a tool to quickly look up, for example, an enthalpy value based on two parameters such as dry bulb temperature and relative humidity, an app such as the Muthers App or the Carmel Software Psychrometric app, (which were both presented in the last blog) are probably the best option. On the other hand, if you want to look up an air property, and say, follow the changing properties through a sensible heat addition, this is your tool. You are able to specify multiple points on the chart, define names for different states, and draw lines connecting different steps in a process. Specific charts can be saved or emailed back to colleagues or clients.

PlanGrid (iOS, Free App, service free for up to 50 pages of plans)

One of Cx's Principals learned about PlanGrid while attending the USGBC GreenBuild conference this past November, and since then we have been testing it out on a couple of small projects. The vendor describes the app as “Blueprints on the iPad”, which is an understatement, because the app really has fairly extensive functionality--while keeping a simple interface. In short, drawings can be uploaded to the cloud using the PlanGrid website, are are then synchronized throughout the project team. Specs, RFIs, and other contract documents can also be uploaded to the project using the PlanGrid website. All of this material, once synced, appears ready to use on the iPad in the field, among all project team members. Some of the more powerful tools are focused on drawing markups and punchlist generation. Punchlist items can be generated by placing a marker on the drawings--for each punchlist item, a photo can be quickly added using the iPad camera, a description can be entered, and the issue can be categorized by discipline. Back in the office, the punchlists can then be easily downloaded into an auto-generated field report, or as a .CSV file to add into your own issue tracking database. In some ways this is an ideal platform for making field notes while conducting commissioning construction checkout, in a manner that supplements our existing commissioning documentation methods.

PhotoPen is a useful tool for communicating ideas from the field. It allows the user to take a simple photo, and then markup the photo right on the screen with freehand markups (eg. notes with dimensions, arrows, callouts, etc). The interface has several other markup options as well including a typewriter tool, arrows, circles and cloud-line tools. We have found it useful for field reports, where an illustration can be quickly annotated and dropped directly into a field report or stored in a project file for later reference. A demo project image appears below as an example of what the app can do. 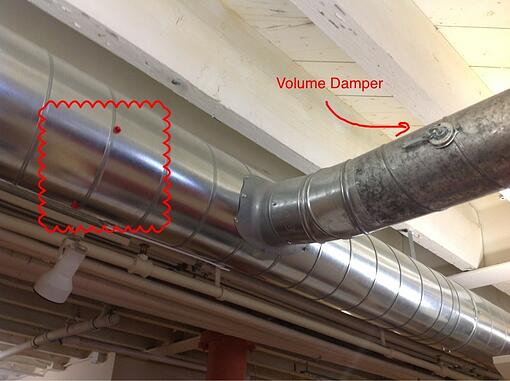 Over the past year, manufacturers have been really getting onboard with their own apps. Some manufacturers adopted the mobile platforms early, but now nearly all major manufacturers have some kind of app out there. These vary widely in their utility--some are calculator tools that have many functions, such as the Munters App. Other are basically equipment catalogs turned into apps--which may be useful for some applications. There are far too many manufacturer apps to list here, but for specific equipment you work with, it may be worth doing a search in your respective “app store” to see if anything comes up that is useful. A couple interesting manufacturer apps include the Spriax Sarco Steam Tools app (iOS, free) which has steam tables and pressure loss calculators for steam piping along with other tools and manufacturer resources. Also VFD vendors such as ABB and Siemens have apps with manufacturer datasheets and energy calculator that may be useful.

Even power grid operators are now getting into the app game. Here in Vermont we are served by the ISO New England section of the power grid. ISO New England has an app that provides real-time grid demand, as well as the electric power spot market price for different parts of the New England grid (see the screenshot below). The app is billed more as an educational tool than anything else, but still may be interesting for those in the energy efficiency industry or with a general level of interest in our energy infrastructure.

That’s it for now. If you have an app you’re finding useful that you don’t see listed in this or my last blog post on energy related apps, please share it in the comments below!