In the mid-2000s, the late US Senator Ted Stevens (R-Alaska) famously used an analogy for the internet as a series of tubes. The full analogy was a bad one, and was concerning since it revealed to the tech savvy public how little the congressional entities in charge of creating policy actually understood the technology to which they were attempting to tailor policy. Incidentally, the needle has not moved much in this area in the intervening decade (crypto back-door arguments being a prime example), but that is a blog post for another time.

So, needless to say, the internet cannot be easily conceptually reduced to a “series of tubes.” But guess what!? There IS actually a type of system still in use today for sending physical information, cash, and countless other objects—all literally in a series of tubes! Called by various names including Pneumatic Transport System and Pneumatic Tube Transport, the implementation you are likely most familiar with is the kind at the bank drive-thru or at a big box store—both used for carrying money and paperwork between remote points. These systems go far back in history, though widespread use has largely been abandoned. The basic operating principal involves placing materials to be transported in a cylindrical pod called a capsule and then placing it in a tube where a compressor either operates in a pressure or vacuum mode to move the capsule to its destination.

Tube transport systems were first developed in the mid 1800s, and extensive citywide networks were developed in London, New York, Prague, and other major cities. These systems initially transported telegraph messages from central telegraph stations to remote telegraph offices. The Prague Pneumatic Post in particular was extensive and was in operation most recently, with piping runs as long as  three miles and a total of 34 miles of tubing routes. The Prague system was the last city network in operation—mostly closing in 2002 due to widespread flooding which resulted in damage to the underground engine compressor stations. 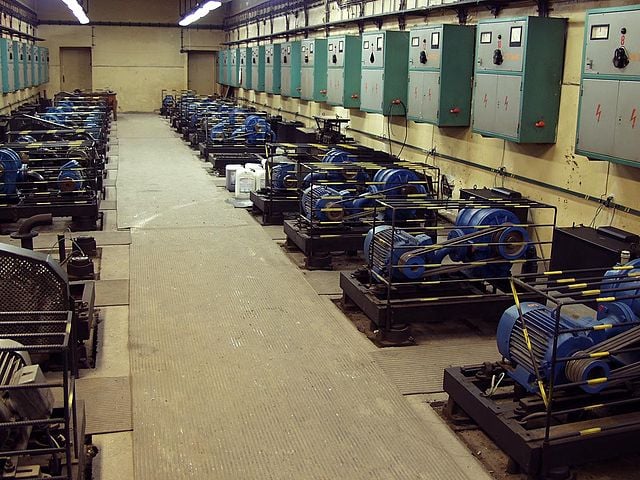 The most extensive systems in modern use, in addition to those seen at bank drive-thrus and big box stores for moving money, are in the healthcare setting. These building systems exist in many larger hospitals, which often have networks of pneumatic tube systems designed to transport medicine, samples and test materials, and other small items needing swift conveyance between relatively distant locations such as between laboratories, pharmacies, and inpatient floors.

While I am not aware of data on the typical energy use demanded by for these systems in a typical hospital, compressing air, depending on the methods used, can have a wide range of efficiencies in practice. For many facilities the overall duty factor is likely low, but larger facilities may have greater opportunities for improved efficiency and possible energy and demand reduction.

While the heyday of the pneumatic tube in most applications has passed, it is possible that we may be at the doorstep of a new generation of tube transport systems capable of carrying people and larger freight. In 2013, Elon Musk, CEO of Tesla and SpaceX, released a conceptual design of an almost science fiction “fifth mode of transport” tube transport system which he dubbed Hyperloop. The concept of the Hyperloop is in some ways similar to the pneumatic tube systems, except at a far greater scale—tubes would be large enough to carry people and freight and travel at very high speed (>700 MPH) in tubes maintained at a partial vacuum, and powered by linear induction motors. Musk claims the system would allow travel from San Francisco to Los Angeles in 35 minutes. The concept was presented as open source (in other words, not patented and free to others to try to develop) and at present a test track is planned for construction for competing teams to test prototype hardware based on the concept. 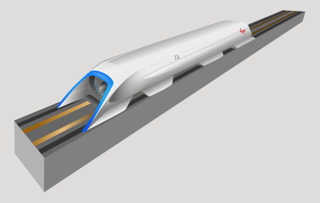 Who knows—perhaps in a future holiday season your travels will be aboard a near-supersonic tube transport system instead of the oh-so-pedestrian 20th century methods of airline or auto travel.

If you have further interest in the history and use of this technology, check out an interesting podcast called 99% Invisible. An episode several years about pneumatic tubes has some interesting stories.