Back in 2015 I wrote a blog post about ASHRAE Guideline 36 - High Performance Sequences of Operation for HVAC Systems.  I referenced a spec my team at Cx Associates wrote for a BAS controls upgrade.  Now in 2017, that spec, and the sequences contained therein, have been made into a fully functional BAS controlling 14 air handlers (AHUs), over 90 variable air volume boxes, and the central plant that serves them.  Our firm artfully adapted the sequences to meet the needs of the building owner and the function of the building (healthcare) without sacrificing the high degree of complexity which yields the energy savings building automation systems have been promising for decades.  After working on this project from specs to implementation, I can confidently say that Guideline 36 can deliver a reduction in energy consumption and improved comfort.  The cost (excluding the norms of engineering labor, BAS reprogramming, and commissioning) is primarily paid through raising all ships.  Let me explain.

The main problem we faced with implementing Guideline 36 sequences was breaking down the barriers of industry convention.  We were very lucky to have a team consisting of the building owner, controls contractor, and 3rd party commissioning agent (we didn’t commission our own design) who were open to committing to these high-performance sequences.  We had a very collaborative effort where we discussed the intent of the sequences, their interactions, architecture, and even how we would implement the fault detection and diagnostics (FDD) contained within. 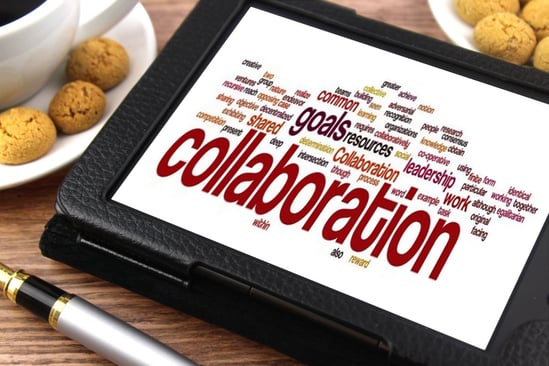 This required us all to review the sensor layouts, how the sequences nested, and even cover the concept of trim and respond.  Trim and respond is an approach used to trim set points such that you achieve a drop in motor speed, without sacrificing the systems response to the demands of the space.  It results in an oscillation in setpoints where the system slowly settles into a pattern of reducing motor energy until a tipping point is reached and the spaces call for the motor to speed back up to respond to their needs.  We had to work as a team to apply some of the concepts to the hydronic heating and cooling systems.  We also had to consider where some of the sequences just did not apply to our heathcare setting.

In the end, we got everyone up to speed with how the sequences were intended to function, so they could be programmed and commissioned properly.

Guideline 36 takes full advantage of modern day BAS capabilities.  It’s hard to imagine, but the utilization of BAS technology to its full potential is rarely realized in most buildings.  There are several reasons for this underutilization.  The main reasons, in my experience, are the following:

So, the main challenge is that you have to get all the stakeholders on board with trying something that will he harder to understand, longer to troubleshoot, and more advanced than what they’ve seen in the past.  Steven Taylor, P.E., a principal of Taylor Engineering LLC and the research chair for ASHRAE Technical Committee 1.4 makes an analogy comparing GL 36 to hybrid cars – even though they are more complicated, the energy savings they deliver is worth it.  This is an apt analogy in my opinion as they are becoming more main stream and at the same time the user experience ends up being the same.  I foresee Guideline 36 following this same path – where we end up in a place where the efficiency increases as a result of the increased complexity, but the user experience ends up being the same in the end.

Another challenge was overcoming network topology status quo for something a bit more in line with an advanced control system representative of the late 2010s.  We as a firm decided to follow the recommendations of ASHRAE Guideline 13 – Specifying Building Automation Systems.  From Guideline 13, we focused on ASHRAE’s recommendations regarding isolating systems such that they are islands of functionality.  This ended up creating a network topology that increased redundancy, localized network traffic (which is increased when using the heating/cooling request logic in Guideline 36), and increased the complexity.  Most controls networks are very flat topologies, especially in the age of BACnet Master Slave Token Passing (MSTP) over RS-485 which is the industry leading networking technology deployed these days.  Older Lon networks had the ability to run a high-speed backbone (which might follow the building risers) that would connect the majority of the slower subnetworks on each floor.  It took some convincing, but we ended up with a network architecture that was a tree/bus hybrid. This hybrid topology kept AHUs on the same physical wire as the VAVs they serve creating the islands of functionality we specified.

The success of this project was based in challenging the status quo and having the courage to try something new. As the renowned computer scientist Grace Hopper said in 1987, “Humans are allergic to change. They love to say, ’We've always done it this way.’ I try to fight that.”[1]  Be like Grace, and fight the way it’s always been done for something better.  You might be surprised at what you can accomplish.

Stay tuned for a few more follow up posts I’ll be doing as a series about GL 36 and this project.

Quantifying Our Firm’s Carbon Footprint – Where to Start?