Combined heat and power (CHP) systems provide a great opportunity to reduce facility energy costs, to increase the productive use of fossil fuel energy, and to provide distributed generation for the electric power grid. Efficiency programs are providing incentives that make CHP systems increasingly viable and attractive for facility owners and operators. But when you make the choice to install a CHP system, you want to be well-informed of the risks to achieving the expected system performance.

There are three main risks to optimal CHP system performance:

In this post I would like to highlight the risk of improperly sizing a CHP system, and how facility owners and operators can manage this risk.

Proper system sizing is especially important for CHP systems that are sized for heating loads. One common type of CHP system that is typically sized for heating loads is a boiler backpressure turbine-generator system (see Figure 1). In these systems, a steam turbine-generator set generates electric power from the flow of steam to a heating load (e.g., heating coils, absorption chillers, etc.). The electric power generation is proportional (α) to the steam flow to the heating load – Thus, the main benefit of a boiler backpressure turbine-generator CHP system (electric power generation) is dependent on the heating load. If the heating load is less than expected, then the electric power benefit and associated financial payback will be less than expected. Systems that are over-sized for the expected loads will cost more than necessary and may fail to achieve the energy savings and financial returns that justified their installation and operation. CHP system designers and vendors are typically biased toward larger systems, due to the common use of “conservative” (i.e., “high”) load estimates, inclusion of potential future loads, and the inherent financial incentive of selling a larger, more expensive system. 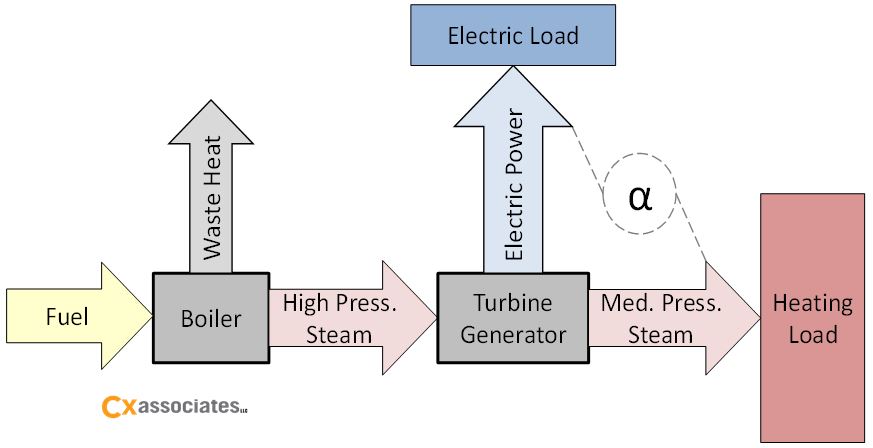 To manage the risk of an improperly sized CHP system, I highly recommend that facility owners/operators request a third-party review of CHP system load estimates and design/specification. Many facility owners/operators recognize the benefit of third-party commissioning to ensure that CHP systems are properly installed and controlled. Unfortunately, waiting to include third-party commissioning after a CHP system is installed misses a crucial opportunity to ensure that a system is properly sized.

If you're considering a CHP system for your facility and need advice on sizing or having it commissioned, get in touch with us today!

Understanding Flow Meters: What You Need to Know