Building automation systems (BAS) have been around since the 1980s. They, like any other computer based technology, have evolved several times over parallel to the widespread adoption of information systems across all industries. Their key benefits are understood to be primarily HVAC system control, automation, and HVAC system optimization. But with the advent of systems being more distributed and more open over the last decade, there has been one benefit that gets overlooked a lot: BAS trend data.

The ability for a BAS to keep trending on its HVAC systems has been taken for granted and underutilized. BAS trend data is the ultimate retrocommissioning tool and probably one of the most valuable benefits a BAS can offer. One example of trending’s usefulness is that your automatic controls contractor (ATC) has more data on system failures that can be used to make an accurate diagnosis. It is akin to being able to hand a doctor your EKG for the last 24 hours before you had your heart attack. 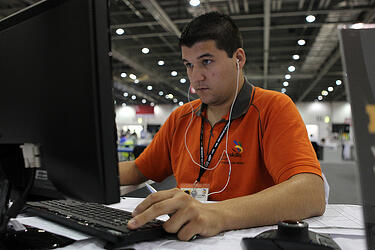 Also frequently overlooked is the valuable ability of trend data to give you building performance data over a long period of time. Unfortunately most of the time the amount of trend data a BAS can store is based on what the ATC sold the building owner. Building design engineers usually will specify what data gets trended[1] but rarely do I see in specifications a statement on how long the data should be stored for. This leaves it up to the ATC, which means you generally get whatever defaults are in a system.

A retrocommissioning study will become more successful when trend data is used. Even if the BAS’s sensors are out of calibration, or some of the systems are no longer being utilized, the data provided gives a better picture of how a building is performing overall. Runtimes, outside air intake, temperature vs. heating/cooling outputs and air flow data is generally, to some extent, logged by these systems and provides retrocommissioning agents a snapshot into the performance of these systems.

In reviewing this data retrocommissioning agents can identify energy savings opportunities that might have otherwise been missed through deploying on-site data loggers or pouring over as-built documentation. In Jerry Schmit’s Article on Facilities.net in October 2014, he states how through reviewing data from the BAS they identified “a steady increase throughout the day in building pressure,” which was attributed to the exhaust fans not maintaining pressure properly.

The future of trending is only getting better with new BAS meta-data tools like Project Haystack and Tridium’s Niagara 4.0 native Data Tagging abilities, which allow for data analytics tools (commonly called Fault Diagnostic and Detection or FDD) to plug into a building’s trend database and run analytics that quickly identify mechanical problems and suspicious equipment problems (such as sensors being out of calibration, or valves not closing off fully). They can even identify heating and cooling simultaneously occurring and red flag the behavior.

If you have a BAS System in your building and are considering retrocommissioning in the near future (which has its benefits explained here), here are a few tips to help increase your data’s helpfulness to all parties involved:

[1] This practice should be updated in our industry. Engineers should be specifying that all data is the system should be trended all the time, and stored for at least a year before being overwritten as a minimum to be met or exceeded.