These three systems can have a significant impact on the energy consumption (or savings) of a building. Unfortunately, the performance of these systems is not inherent to or guaranteed by the nominal efficiencies on the equipment nameplates. The design, sequences, and calibration of the controls can have a major effect on the performance of these air and hydronic systems.

Variable air volume systems are designed to save significant fan motor energy by reducing fan speed and airflow to match the load on the system. In general, fan motor energy consumption is proportional to the motor speed raised to the power of 2.5. VAVs have become a very common type of fan control, not only because they save on energy costs, but also because they are typically cheaper than conventional fan motor starters. In order to ensure the fan energy savings potential of VAV fan controls, it is essential that these systems are properly commissioned. The most common issues that we see when commissioning VAV systems are improper static pressure sensor location(s) and unspecified static pressure reset (i.e. lowering of fan static pressure setpoint in response to damper positions). 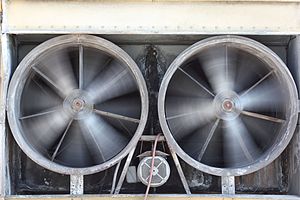 Much like VAV fan controls, part load hydronic controls save energy by reducing motor speeds. In commissioning, it is common to find hydronic systems that are not properly designed to take full advantage of the energy savings potential of variable speed pumping. For example, many variable speed hydronic systems are designed and built with manual balance valves. Manual balance valves are incapable of controlling variable flow in a hydronic system and impose an operational pressure / energy penalty on the pump motor. The part load controls must be able to detect the load on the hydronic system and modulate the flow accordingly. Without a rigorous commissioning process, the capital cost of part load controls can be easily wasted on years of unrealized energy cost savings.

When you have a choice about the scope for a commercial building commissioning process, focusing on the three essential energy systems in the Vermont Commercial Building Energy Standard can yield substantive energy savings.