How to Retrocommission Fan Systems for Sweet ROI

A good retrocommissioning (RCx) project will result in at least one of the following:

Define Your Goals and Expectations 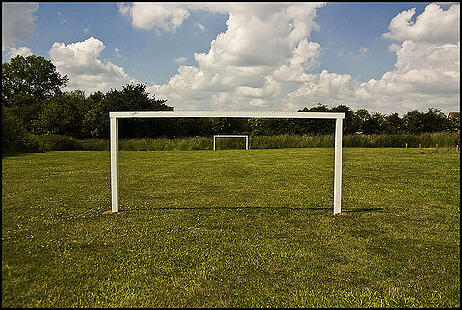 The foundation of any commissioning project is an Owner’s Project Requirements (OPR) document or its RCx analog, the Current Facilities Requirements (CFR). Ben’s blog post discusses these in more detail. It’s often the case that different players have different or even competing goals for a retro-commissioning project. Taking the time to collaboratively establish the goals and priorities will guide the RCx process to a successful outcome.

Fan systems have one purpose – to move air. They are designed to move a certain quantity of air (typically measured in cubic feet per minute or CFM) against a certain resistance (typically called static pressure or SP and measured in inches of water column). The product of those two values[1] determines how much energy will be used. It stands to reason, then, that if you can reduce the CFM or the SP or both, your energy use will go down. One other component to consider is how the fan is driven. If it is driven with a belt, there will be losses associated with belt slippage that can amount to real dollars in lost energy. See my prior post for more about belts. 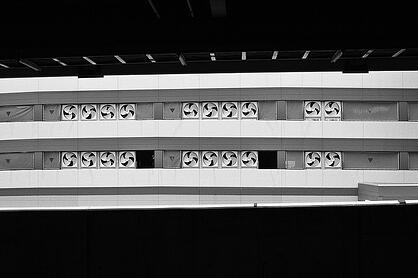 As an example, in a constant volume air handling system, there will be reheat coils for each zone on the system. If a particular zone coil is always providing some reheat, there is an opportunity to reduce airflow to that zone. You can verify the coil’s operation using BMS trending or by using simple data loggers to log the supply air temperature from the AHU and after the reheat coil.

In variable volume systems, you will want to review the programmed minimum and maximum airflow values of your VAV boxes and identify opportunities to scale back based on changed space use or other factors. You should also be looking to identify reheat coils that never stop heating as noted above.

In all cases, a reduction in airflow must be accompanied by appropriate analysis to ensure proper outside air ventilation and to maintain any needs for space dehumidification such as in an auditorium or a natatorium.

Reducing system pressure also reduces operating horsepower although not as dramatically as reducing airflow. A 10% reduction in system pressure loss results in a 19% reduction in power, still pretty good bang for your buck. For any fan system, the ductwork and air outlets / inlets should be reviewed for high pressure drop fittings and transitions. In larger systems, replacing one or two nasty fittings can be quite cost effective.

Review components of your air handler to identify opportunities to reduce redundancy or replace one component with a similar one having a lower pressure drop. For example, we have encountered numerous air handling systems with unnecessary, redundant filters in series or three sets of filters in series where two will certainly suffice. Avoiding elbows too close to the fan outlet is important as well to ensure flow is fully developed in the duct before it is diverted. 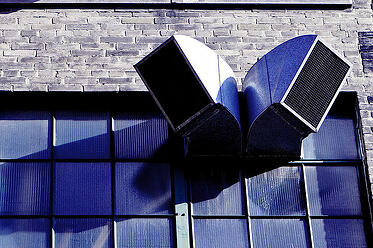 In constant volume air handling systems, check your balancing dampers and ensure at least one of them is fully open. If they are all throttled back, the fan is operating against an artificially applied restriction to meet its design CFM. It would be fairly easy to re-sheave the fan / motor to slow it down to allow for at least one damper to be fully opened. Also, take a look at any flexible ductwork to ensure it is properly supported and it transitions smoothly. Flexible ductwork can impose a significant pressure drop if it gets kinked.

In variable volume systems, ensure the static pressure sensor that controls the fan speed is remote from the fan. The old rule of thumb is 2/3 of the distance away from the fan down the index run of ductwork[2]. This ensures that the fan is allowed to modulate down with reduced loads. When static pressure sensors are in the air handler or immediately after in the ductwork, the fan speed will not modulate appreciably.

In variable volume systems serving BMS controlled VAV boxes, static pressure reset is not only easy to implement and will save further energy but it is required by ASHRAE 90.1.

I mentioned belts above. If you cannot replace the belt drive mechanism with a direct drive, consider “cog belts” as a replacement. While traditional V-belts rely on friction between the belt and pulley, cog belts work more like a bicycle chain, engaging directly with teeth on the pulleys to eliminate slippage.

As a fan system approaches the end of its useful life, a facility should prepare for its replacement. This becomes an opportunity to revisit the fans themselves. A replace-in-kind strategy is certainly the easiest and may be the most effective and efficient solution. However, taking a step back and reassessing the options is always good practice. In a system of roughly 20,000 CFM capacity or more, consider a fan array in lieu of a direct replacement. A fan array utilizes multiple, direct drive fans in parallel in lieu of one large fan. This approach builds in redundancy, creates a much more uniform airflow profile across an air handler, and can take up significantly less length. Added redundancy and efficiency gains are always a good bet.

How to Retrocommission Fan Systems for Sweet ROI

Embarking on the RCx of any fan system requires defining the criteria for success, prudent planning, and keeping an eye on how to most effectively achieve the project goals. Very often, occupant comfort issues and excessive maintenance are a result of improper airflow control or misapplied systems. Properly retro-commissioning your fan system will very often lead to reduced time babysitting finicky equipment, more comfortable building occupants, increased reliability and lower energy costs. All in all, a sweet ROI.

[1] Naturally, it’s not quite that simple. The equation for fan operating power or brake horsepower can be found here and in many other commonly available resources but the volume and resistance are the driving factors.

[2] ASHRAE 90.1 requires it be positioned so the controlling setpoint is no more than 1/3 of the total fan static pressure.

How to Increase Adoption of Retrocommissioning Through Energy Efficiency Programs

How to Get the Most from Your Building Using Energy Metering