HVAC and the Aircraft Cabin Environment at 30,000 Feet

With the holiday season in full swing and airline travel at one of its annual peaks, I thought I’d take the opportunity to geek-out on the subject of HVAC systems on commercial airplanes. 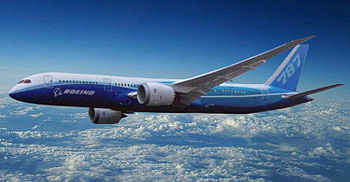 As you might expect, there is a ton of industry specific jargon related to the subject of HVAC on aircraft. For example, the industry calls their equipment and systems “Environmental Control Systems” (ECS), and not HVAC systems. This is the tiniest tip of a very large iceberg and I will avoid diving into the many acronyms that appear such as (and I’m not kidding) MPRSOV—which I’m sure you already knew means manifold pressure regulating shut-off valve. Needless to say, while the underlying principles are all the same, airline HVAC systems vary wildly from their immobile, ground-based counterparts.

There’s actually a ton of interesting intricacies in the design and operation of HVAC systems on commercial airplanes (more than I expected), including, for example, air conditioning systems that would seem novel to the terrestrial-based building HVAC set called “Air Cycle Machines,” which uses air as the refrigerant.

Why is airline cabin air so dry?

Let’s stick to something simple for now, though. Every year, the news media trots out “experts” to discuss methods of staying healthy aboard aircraft—including how to avoid dehydration and other impacts resulting from the very dry cabin air. The part of the story we rarely (if ever) get though is the technical story of why the cabin air is so very dry. 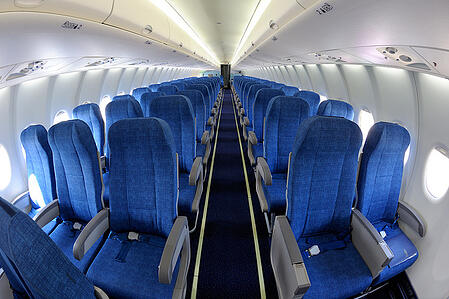 On modern commercial aircraft, it turns out the cabin air supply is a blend between outdoor air and HEPA-filtered cabin (return) air--I’ve seen 50%/50% blends in some references. At 30-35k feet, typical temperatures are well below zero, and humidity levels are very, very low. The outdoor air used for fresh air makeup and to pressurize the cabin to the typical “cabin altitude” of the equivalent of 8,000 ft is supplied off of compressor stages of the jet engine—in other words, on parts of the fan upstream of the place where fuel is injected and combustion occurs (thankfully!). So if the air is so very cold and dry (with a dewpoint well below zero) why don’t airlines just humidify cabins to make them more comfortable to passengers? Well, for a couple of reasons—first, it would cost a lot to fly around water for humidifying the air in aircraft cabins, but more importantly: corrosion.

We know that, by definition, if an airplane is above the clouds, the dry bulb air temperature is some value greater than the dewpoint (otherwise the dewpoint would match the dry bulb temp and clouds would have formed). If you brought outside air at cruising altitude into an unoccupied airplane, and heated it to room temperature, despite the exterior part of the airframe being exposed to -40F to -60F air (ambient conditions at 30k feet), the interior air would not condense inside the plane because the coldest part of the airframe would still be above the outdoor air dewpoint. Add a bunch of humans respiring, sweating, etc., however, and that now moist cabin air would find its way to any cold metal object and condense on it….including wiring, avionics components, structural framing, etc. For this reason, the aircraft cabin is kept at very low humidity levels—these are typically less than 10% RH at cabin temperatures of 70F—which correlates to a 10F dewpoint. The dewpoint of the outside air is probably -50F.

Newer aircraft with more composite components may be more resilient to some condensation—there are some indications that the Boeing 787 Dreamliner and Airbus A350-XWB, both consisting of a significant amount of carbon fiber materials, allow a cabin relative humidity level of somewhere in the mid-teens. This is still very low and will still contribute to dehydration but is some degree of improvement.

HVAC and the aircraft cabin environment at 30,000 feet

The best advice to avoid dehydration in the friendly skies probably continues to be: drink lots of water, and not too much booze and coffee if you can help it!