Find me on:
LinkedIn

An enthusiastic “champion,” and a collaborative, all-inclusive approach make for a winning program

Last week Cx Associates was awarded the 2014 Governor’s Award for Environmental Excellence for our Green Incentives program. The goal of the program was to lessen the environmental impact of working for Cx Associates by addressing commuting in a manner that would be accessible to all employees. Program benefits include free bus passes, supporting cyclists and walkers, supporting car-sharing and maximizing vehicle efficiency. Company paid parking was eliminated under the program. 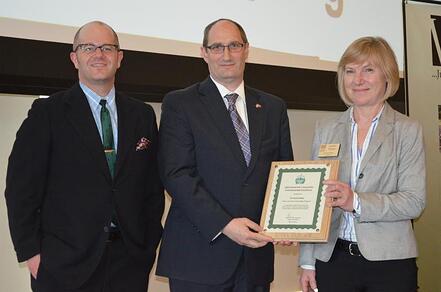 CxA's Eric Hauser and Jennifer Chiodo being presented the award by Justin Johnson, Deputy Secretary of the Agency of Natural Resources

Creating what turned out to be a very successful benefit program was not without its challenges, but those challenges did serve as a learning process for everyone involved.

Change, Even Positive Change, Can Be Difficult

As a recent transplant to Vermont from New York City who was used to a “green commute” on a daily basis via subway, I championed the idea of a Green Incentives program with the two principals of Cx Associates early in my career here. They liked the idea, and after a little back and forth and some refinement, we rolled out the plan to the rest of the Cx Associates staff at a weekly staff meeting. What the three of us thought would be received with, “cool, another benefit that I can feel good about” initially fell flat on its face.

One of the aspects of the program, which actually took away what before had been a “perk” – free employee parking – rubbed some employees the wrong way. Other employees who lived farther away without as much or any access to public transport or to other aspects of the program felt at best left out and at worst felt like second-class citizens, made to feel guilty for driving. Oh, and did I mention that this was the first time the rest of the staff had heard of the program?

After some pushback from employees, the three of us decided to put the plan on hold and re-evaluate it, in order to find a better way of not only making the plan more inclusive but also to soften the perceived blow of benefits being taken away. 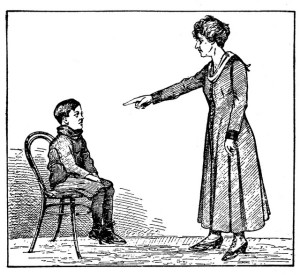 A few weeks later we re-engaged the staff. With a hefty dose of guidance on group facilitation and other suggestions for a more inclusive process from CxA principal Jennifer Chiodo, a Green Incentives Working Group was formed, with me as the group’s “champion.” Our charge was to establish criteria for success and to then let those criteria help form the basis for the mechanics of the plan. The top three criteria for success included:

From there we re-developed the ins and outs of the program, and paid close attention to any aspect that had been a sore spot at the first initial roll-out. For example, instead of simply telling employees who usually drove to work that they now had to pay for their parking, and yet still wanting the program to have teeth, we compromised and “grandfathered” them into the plan by raising their salary by the amount that we proposed charging employees for parking, making it more or less balance out for them. Any new employees, however, would not have that benefit and would need to pay for parking from the get-go.

Along the way, the working group checked in with the principals and with the rest of the staff to ensure that there was buy-in from everyone, and that each member of Cx Associates had a voice in the creation of the program. At the next roll-out, the plan was met with much more enthusiasm, and zero backlash. No one felt as if benefits were being taken from them, everyone felt included, and there was something in the program for everyone. 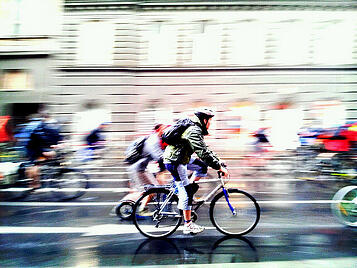 While we have not yet undertaken a formal quantification of our Green Incentives program, it has achieved 100% participation within the firm, with every employee using at least one aspect of it in the last 12 months. We estimate that in 2012:

Driving accounts for nearly half of Vermont’s greenhouse gas emissions, so reducing the number of single-occupied vehicles traveling the roads of Vermont has a direct positive effect on air quality. Saving energy and promoting sustainability are the core philosophies underlying the services that Cx Associates delivers to our clients. This strong shared belief in sustainability is part of our company’s culture. The green incentives program arose out of a desire to bring our commitment to sustainability into all aspects of our workplace, and to make a statement that illustrated that we “walked the talk” when it came to sustainability, and to set an example for other small firms in Vermont and elsewhere. We may have stumbled along the way, but in the end we created a successful program that directly benefits the environment.

Spreading the word is part of our mission of sustainability. If you are interested in developing a green incentives program at your company or organization, please get in touch!