In facilities management and building owner circles, Preventative Maintenance (PM) contracts are seen (at least in theory) as a good way to outsource the routine maintenance of some/all building equipment. As an example, a HVAC PM contractor could change air filters in air handlers and terminal equipment, replace belts, drain and fill cooling tower systems before and after the winter, grease bearings, possibly perform chemical treatment of hydronic or condenser water systems, and perform other routine service tasks. The frequency and scope of service varies from contract to contract—some items are replaced on an as-needed basis—for example, belts may be inspected at some predefined interval, and replaced as wear is evident. Other tasks may be scheduled as a standard interval—such as filter changes. And still other tasks may be triggered by variables such as climactic conditions—for example, when a cooling tower is drained for the winter or refilled in the springtime.

As a former facilities manager, I appreciate the value of having someone else deal with these tasks—typically overworked maintenance departments are often busy responding to the next “fire” and sometimes routine service can fall through the cracks. In many cases, skipping or deferring routine maintenance tasks can lead to poor equipment energy performance, poor occupant comfort, reduced equipment longevity, and in some cases, operational failure that could have been prevented by simple preventative maintenance. For these reasons, a well designed and reliably executed PM contract can be very valuable to the building owner.

Inconsistencies in the Market

While a competent and reliable PM contractor, executing a well-designed PM program can be invaluable, the major problem is that the level of rigor in defining the contract, and the thoroughness of PM contract execution, is all over the map within this market. In an attempt to address some of these challenges, ASHRAE has developed detailed recommendations regarding how a good PM contract should be configured and executed in ASHRAE/ACCA Standard 180, which is titled the Standard Practices for Inspection and Maintenance of Commercial Building HVAC Systems. Building owners and PM contractors should refer to these guidelines to help determine if their PM programs are designed to meet the facility need.

The somewhat notorious issue in PM contracts is that even for a well-designed PM contract, which is thorough in scope, the PM program is only as good or dependable as the contractor. From talking to building owners, and through my direct experience, lack of contractor follow-through on PM programs is a very common issue. In a building which I recently inspected (in November) the dates written on filter frames which indicated their last change dated back to early January! The owner’s contract stipulated twice-per-year changes. The filters were very loaded with dirt, and the fans were working harder to push air through the filters, resulting in a not insignificant energy penalty—not to mention the poor indoor air quality that can result from plugged filters. During this same visit, we tested coil freeze protection devices (freeze-stats) on five small air handlers and found 5 out of 5 did not function—for one, the capillary tubing was visibly (clearly) severed from the t-stat switch! For a device that protects a water filled coil from reaching the freezing point and bursting, this would seem like an important check in a PM contract—especially given for this same building, several winters ago, a coil, in fact, ruptured and caused tens of thousands of dollars in water damage! This begs the question—WHAT is the owner getting for this “Preventative Maintenance” contract which costs them thousands of dollars annually? 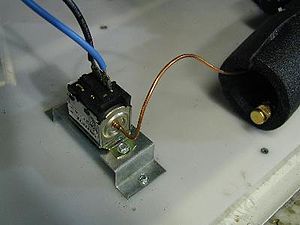 The takeaways from this blog post can be boiled down to relatively succinct recommendations. In short, we recommend reviewing the PM contract annually to make sure it evolves with your building, and using ASHRAE Standard 180 to provide guidelines in PM program design. Once a good program is in place, do some basic verification that the work is being completed to the rigor and frequency that has been agreed upon. If it is, your building will perform more efficiently and reliably.

The Importance of Equipment Accessibility in Buildings

Why Are Lighting Energy Standards Decreasing?