Stories From the Field – Oopsies and Worse - Part I

Following are some examples from the field of things that didn't go so right originally – some worse than others. While we all know none of us is perfect and the unexpected happens, a number of these mistakes in the field point to coordination efforts and installation techniques that, well, maybe weren't given due attention. In field verification, these are the sort of things we are charged with finding before a major problem develops.

Piping has to be supported properly. That should be clear to anyone who’s ever experienced gravity. Here are two photos of piping to fan coil units with flexible connections where the contractor supported the flex, not the pipe. Supports should be installed on the hard pipe, not the flex or premature failure is all but guaranteed. I’ve seen this done by more than one contractor on different occasions. Luckily it’s fairly easy to fix. 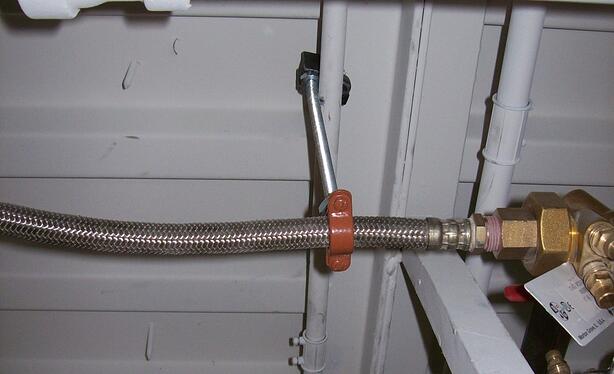 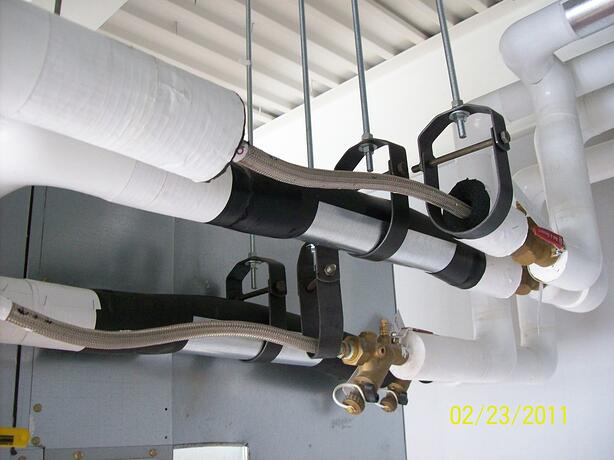 Condensate is the moisture that’s removed from air when it’s cooled to a low enough temperature. It’s what drips out of your window AC unit in the summer. In large buildings, condensate has to be transported away from the air conditioning equipment to a drain. That’s done either by pumping it away or by a gravity drain, both of which are common. There’s a trick to using gravity drains though – they have to slope down in the direction of flow – gravity don’t work in the up direction.

One other trick – you've got to “trap” the condensate line to make sure it drains the equipment. The trap looks a lot like the one under your kitchen sink, but it serves a different purpose. Condensate traps allow for continuous drainage by creating a small column of water to counter act the negative pressure created by a fan. See this related article from HPAC magazine [PDF] for more information.

Here’s one picture of condensate piping that was incorrectly pitched (I see this more often than one would think) and another with a trap that is incorrectly sized. Had these not been corrected, the result could have been water overflowing the AC unit drain pan, causing damage to building structure or contents. 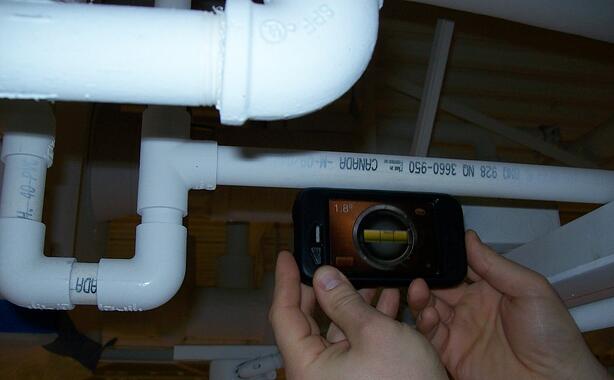 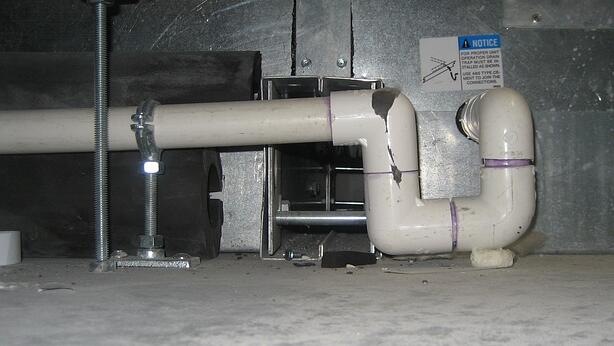 Valves are used to close off a section of piping for maintenance or other reasons. In order to use them, they've got to be accessible. Here’s a picture of an isolation valve on an 8” steam line serving a large building. You can’t see it from the picture, but this valve is about 14 feet off the ground. It’s also nicely nestled in above a bunch of other pipes and electric conduits which made it impossible to actually put your hands on (see how far away I had to get to take the picture?). This one was easy to fix though– the contractor rotated the valve 90 degrees and put a manual chain operator on the handle stem to allow someone to open and close it from floor level. Whew! 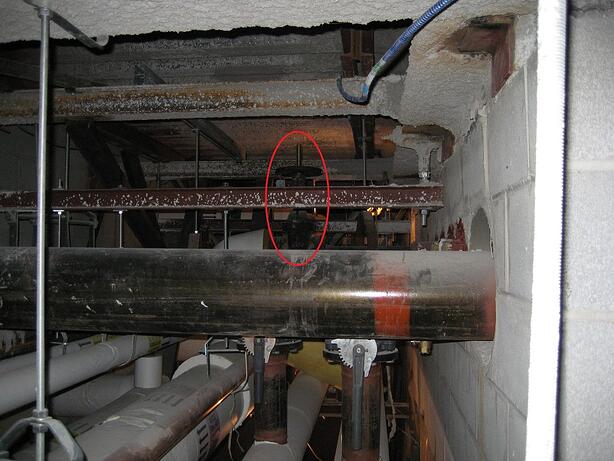 The Manufacturer Did What?

Not all issues are attributable to the installing contractor. Here’s an example of what I consider a big oops on the part of an air handler manufacturer. The unit was specified with factory actuators for the various dampers it housed. The manufacturer built the unit in such a way that none, not one, of the actuators could be removed or replaced without unscrewing and removing the entire damper to which it was connected. When asked, the manufacturer said the method for actuator replacement was…wait for it…unscrewing and removing the entire damper. In the words of a very famous cartoon dad – D'OH!

Another manufacturer "oops" I recently encountered involved factory tagging of the unit. Two units, AHU-1 & AHU-2 were called for. Capacities and airflow were similar enough that they were the same physical size, but different enough that they weren't interchangeable. One was a six ton, single compressor unit and the other an 8 ton unit, dual compressor model. I was scratching my head for about 10 minutes when I started my field verification – the capacities on the manufacturer’s tags weren't matching what I expected. After putting two and two together, it was apparent that the manufacturer actually put the wrong tags on the units at the factory. AHU-1 was tagged AHU-2 and vice-versa. Luckily, the units were the same physical size and were installed on the roof, but someone still had to get a crane back to site to move them.

In Part II of this post, I'll illustrate why it's so important for contractors to review and follow the specifications for every project (and what can happen when they don't) as well as why it's important for commissioning agents to confirm in the field that a fix has actually been fixed.